The Link Between Alzheimer’s and Gum Disease 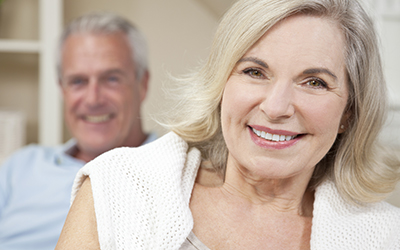 Research has shown that, while family history plays the largest role in the development of Alzheimer’s disease, there are also some things you can do to delay the onset of the disease. The earlier these habits are implemented, the more likely they are to help.

One of the best habits to begin, if you haven’t already, is to do all you can to avoid gum disease and periodontitis. Not only because gum disease is bad for your dental health, but because it has also been linked to Alzheimer’s development. Other healthy changes include more exercise, less stress, and a well-balanced diet.

About 5 million Americans are suffering from Alzheimer’s disease and, with the baby boomer generation now reaching the prime age of Alzheimer’s, cases are expected to increase by around 70% by next year.

There are three different studies about Alzheimer’s and how to delay or avoid the disease. The first was of the middle-aged children of Alzheimer’s patients and studied healthy lifestyle changes to delay the disease. The second study proved that people who drank vegetable and fruit juice at least 3 times a week were at a decreased risk to develop Alzheimer’s.

Lastly, identical twins were studied to find lifestyle factors that might be associated with the development of Alzheimer’s and dementia. This is the specific study that found that periodontitis and gum disease early in life were around 4-5 more likely to develop dementia and Alzheimer’s disease. Researchers believe that the inflammation caused by gum disease can play a role in the deterioration of the brain cells.

The best way to avoid gum disease and gingivitis is to practice good oral hygiene habits. This includes brushing at least twice daily, flossing every day, and making sure to visit your general dentist every six months for a checkup and a dental cleaning. The tartar buildup that causes gingivitis can only be removed by a professional dental cleaning.

If you’re concerned about gum disease or periodontitis, please contact Coastal Periodontics today. Our Portsmouth, New Hampshire periodontal office can help you slow or reverse the damage caused by gum disease and other gum tissue problems.

Surgical Options for Alleviating Sleep Apnea
Sleep apnea means that your upper airway is being obstructed while you sleep. It may be because of large tonsils, excess…
Results of Skipping Dental Follow-Up Appointments
Many dental patients who need extensive procedures often feel like visiting the dentist for a follow-up is just a formality.…
Bad Breath and Dental Braces
Every day, happy dental patients get their braces removed to reveal a straight and beautiful smile! Ask anyone who has had…
Burning Mouth Syndrome
Burning Mouth Syndrome (BMS) is a condition that causes the tongue, gum tissue, lips, throat, or insides of the cheeks to…
Does Your Old Dental Work Need to be Redone?
Has it been a while since you had your original dental work? It's probable that, after 20 years, you'll need to have some…

We offer a variety of quality periodontal and reconstructive services. As we work with each client and other dental providers we personalize patient treatment plans to satisfy patient needs. We pride ourselves on providing cutting edge treatment including conventional and laser periodontal services, soft and hard tissue grafting and management, and dental implants. - Portsmouth, NH Periodontist