How are Lasers Used in Dentistry? 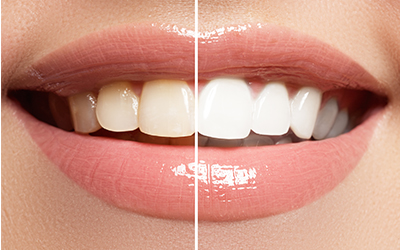 The use of lasers in dentistry began around 1994. While it was FDA approved and was successful at treating a number of dental problems, the American Dental Association (ADA) hasn’t given any laser system its Seal of Acceptance as an alternative to traditional treatment.

However, it is stated by the ADA that it is optimistic yet cautious about the role of laser technology in dentistry. Yet, thanks to the FDA approval, some dentists are using lasers to treat various dental issues.

Overall, there are various benefits of using a laser. Since it is less painful than traditional methods of dentistry, it requires less use of anesthesia. It can minimize bleeding during treatments and reduce the swelling of soft tissue.

However, laser treatments are more expensive than traditional treatments and may take a while before the ADA approves them, and they become commonly accessible for the general public. It is important to discuss your issues with your dentist before making a decision, as they’d be able to guide you better to what suits your particular needs best.

How Root Canal Treatment Works?
Hearing the word root canal from your dentist probably sends shivers down your spine. While most adults fear this treatment,…
What to Expect with a Root Canal
Did you know? Nearly 15 million root canals are performed yearly, and that is only across the United States. The procedure is…
3 Tips to Avoid Periodontal Disease
Periodontal or gum disease, as it is commonly known, is regarded as one of the most frequent ailments that people suffer…
5 Reasons Oral Surgery May Be Needed
Surgeries, no matter how small, can be intimidating. Indeed, no one likes the thought of needles, anesthesia, or the long…
3 Tips to Avoid Gum Disease
Gums are one of the core components of your mouth. They protect and nurture your teeth. It is their job to keep your teeth in…

We offer a variety of quality periodontal and reconstructive services. As we work with each client and other dental providers we personalize patient treatment plans to satisfy patient needs. We pride ourselves on providing cutting edge treatment including conventional and laser periodontal services, soft and hard tissue grafting and management, and dental implants. - Portsmouth, NH Periodontist